Skip to content
HomeLearning About the Major Wars of the World

There is so much I don’t know.

Today I was looking through the Kingfisher History Encyclopedia thinking I might assign reading material from this book to one of the kids. It was interesting but did not peak my interest until I came to the end of the book.

There were lists of Dynasty’s, Popes, Presidents, and on the very last page “Major Wars”. I started looking through the list and realized I had no idea what some of these wars were. I decided to change that.

I grabbed a pile of yellow index cards (love these), a pen, a marker, and a mug of tea.

On the back of the cards I wrote:

On the front of the card I wrote the name of the war.

From the list in the back of the book I was able to get the when, who, and name of the war but I felt like I wanted to know the where, why, and result.

As I was writing and looking up information I received many curious looks and questions from the kids.

“What are you doing?” My answer, “I wanted to learn more about the wars that happened in the world I live in.”

“Is that a game you are making for us?” My answer, “No, just wanted to learn more about the wars of the world.”

After I had written the information from the list in the back of the book, I started looking within the text for the answers to my other questions (where, why, result).

As I found information it so intrigued me that I shared the facts out loud as I found them.

“This book lists the Trojan War as the first Major War but doesn’t write about it anywhere in the text. I even looked in the index.” Their response, “That’s weird, why would they do that?”

“Holy smokes! There were 8 Crusades not 4 like it says in the Major Wars list.The Crusades lasted 200 years.” Their reply,”Maybe someone should have figured out it wasn’t working before 200 years went by.”

“The Crusades began because a Pope made the decision to remove the Muslims from Palestine. During that time the Christians were not being allowed in.” Their response, “Oh.”

“During that time there were 3 other Crusades including the Children’s Crusade where 50,000 children were sent to Palestine but most died of starvation or went into slavery.” Their response, “Wow, that is horrible, so many kids.” “They sent kids?”

“There sure were a lot of wars fought for religious reasons.” No response. 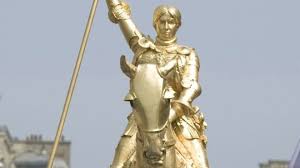 As I went through all of these questions and answers I remembered something I learned years ago:

It has been a while since I have been so interested in learning about a subject just because I wanted to learn about it.

Well, this is how my family is learning about the Major Wars of the world.

How do you all learn together?

If you decide to make a purchase through my affiliate link, Amazon will pay me a commission for it. This doesn’t cost you anything additional. These commissions help to keep the rest of my content free, so thank you! Affiliate links are noted as (affiliate link).